Part of CNF’s mission to build relationships and support community members who are dedicated to improving the lives of children living with neurological conditions, is supporting the next generation of child neurologists. Every year, the Child Neurology Foundation awards the Pediatric Epilepsy Research Foundation’s Shields (PERF) Shields and PERF Elterman Research Grants, as well as the Neurodevelopmental Disorder (NDD) Scholarship to three outstanding emerging medical practitioners and researchers. This year, these awards go to Isaac Marin-Valencia, Emily Esenstein, and Cohen Alexander. The PERF Elterman and Shields scholarships are awarded in partnership with the Pediatric Epilepsy Research Foundation and the  Child Neurology Society

ABOUT THIS YEAR’S RECIPIENTS 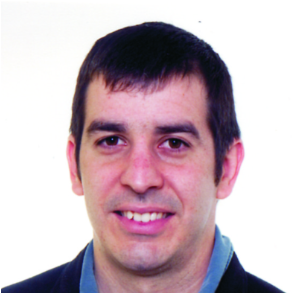 Disorders of cerebellar development represent a major neurological disability in children with mitochondrial diseases. Approximately two-thirds of these patients have cerebellar defects, and in many cases, it represents the sole neurological manifestation. This phenotype is particularly pronounced in one of the most common mitochondrial disorders, pyruvate dehydrogenase deficiency (PDHD), in which patients manifest early signs of cerebellar involvement, ranging from severe cerebellar hypoplasia with other structural defects at birth, to intermittent and progressive ataxia starting in childhood.

Despite the fact that the first cases were reported more than four decades ago, it is still unknown how this generalized enzyme deficiency leads to clinical signs referable to the cerebellum.

The poor mechanistic understanding of the cerebellar deficits in PDHD has prevented the expansion of therapeutic options, which are currently limited to symptomatic and life-long palliative efforts. The objective of this proposal is to identify molecular mechanisms that underlie the cerebellar developmental disease in this condition and to apply effective therapies accordingly.

The support of the Pediatric Epilepsy Research Foundation Elterman Research Grant will allow me to carry out this project, to facilitate my transition towards independence, and to, in the future, translate promising findings to patients. 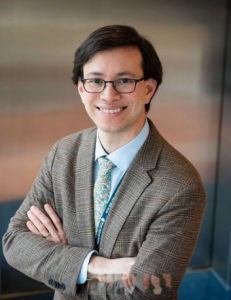 Alexander Cohen, MD, PhD is a physician-scientist specializing in translational neuroimaging dedicated to understanding and treating autism spectrum disorders and other neurodevelopmental conditions. He has a broad background in both cellular and systems neurosciences, with specific training and expertise in functional connectivity neuroimaging. Following his graduate education at Washington University in St. Louis School of Medicine, he completed a combined residency in Pediatrics and Child Neurology at the Mayo Clinic, during which he became interested in childhood conditions affecting cognition including neurodevelopmental disorders and went on to complete a Behavioral Neurology fellowship at Boston Children’s Hospital, where he is now an Instructor of Neurology. Rare among active clinicians, he also has a history of designing, implementing, and sharing innovative computational tools and his work has been cited over 11,000 times.

Currently, he cares for patients in the Autism Spectrum Center as well as in the Behavioral Neurology Clinic at Boston Children’s Hospital and is associated with both the Computational Radiology Laboratory at Boston Children’s Hospital and the Laboratory for Brain Network Imaging and Modulation at Beth Israel Deaconess Medical Center. His research efforts focus on identifying the causal anatomy of symptoms in neurodevelopmental and neuropsychiatric disorders that could serve as biomarkers or treatment targets for non-invasive stimulation. His passion and diligence have established a reputation as a self-motivated investigator, clinician, and educator known for his collegiality, professionalism, and empathy with patients and their families.

Emily Isenstein recently completed her first year of medical school at the University of Rochester, where she is a student in the Medical Scientist Training Program. In her undergraduate years, Emily was a member of the Affect and Cognition Lab at Cornell University and graduated with a degree in Human Development, concentrating in Developmental Behavioral Neuroscience.

After graduating, Emily worked as a Clinical Research Coordinator at the Seaver Autism Center at Mount Sinai where she was inspired by the collaborative intersection of research and medicine to pursue an MD/PhD dual degree. At the University of Rochester, Emily plans to intertwine her medical and graduate education to become a physician scientist with a focus on autism spectrum disorder and related neurodevelopmental disorders. Emily has worked with individuals with neurodevelopmental disabilities for over ten years as an Equine-Assisted Therapy Instructor, and has long been fascinated by the role that kinesthetic awareness plays in autism etiology and presentation.

With support from the NDD scholarship, this summer Emily will conduct research on visual-proprioceptive integration in autism that will serve as the foundation of her PhD research. She hopes that by further understanding variability in proprioceptive functioning, the field will move closer towards developing personalized therapeutics and care. After completing her schooling, Emily plans to pursue a career that will allow her to both provide and improve care for children with neurodevelopmental disabilities.

Congratulations to each of the scholarship winners, and thank you for your continued dedication to the child neurology community. If you or someone you know would like more information on our scholarships, please click here for more information.