The committee will be impressed with the clarity of expression and succinctness of style and a Research Plan that can be accomplished within two years.

Prepare the proposal with the following format and page limitations: 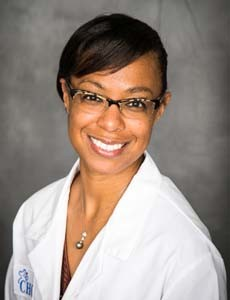 Dr. Ivy is an Assistant Professor of Pediatrics, Neurology, and Anatomy/Neurobiology at the University of California, Irvine School of Medicine. She completed her residencies in Pediatrics and Child Neurology at Lucile Packard Children’s Hospital at Stanford University. She has also received early career support from the Child Neurologist Career Development Program (CNCDP-K12) and the Robert Wood Johnson Foundation Amos Award. 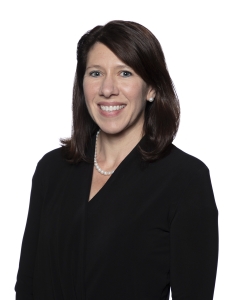 I am a practicing pediatric epileptologist and neuroscientist at Stanford University. My basic, translational and clinical research efforts are devoted to better understanding pathogenesis and identifying novel treatment approaches in pediatric epilepsy. My doctoral thesis in the laboratory of Dr. Frank Longo at Stanford elucidated the critical role of p75 neurotrophin receptor (p75NTR) signaling in Alzheimer’s disease neurodegeneration, and demonstrated that small molecule ligands of p75NTR prevented and reversed neurodegeneration in rodent models of Alzheimer’s – precursor findings to an ongoing clinical trial for Alzheimer’s disease. Later, as a medical student in clinical rotations, I was particularly drawn to Pediatrics. I found Child Neurology to be a challenging but fulfilling combination of my two professional passions, Pediatrics and Neuroscience. I completed residency in Child Neurology and served as Chief Resident before moving on to a Pediatric Epilepsy fellowship, all at Stanford. As a clinician caring for children with epilepsy, I think about how seizures affect brain development and function, and how we might intervene upon those processes to provide more effective treatments. I am studying these questions in the lab, under the mentorship of Drs. Michelle Monje and John Huguenard. My post-doctoral work in rodent models demonstrated that absence seizures can induce abnormal myelination of the seizure network, which in turn contributes to disease pathogenesis. As an independent investigator, I will continue to study how seizures in various forms of pediatric epilepsy impact brain structure and function, and I will use these discoveries to test novel therapeutic strategies. My ultimate goal is to contribute to a new generation of disease-modifying therapies that improve the lives of pediatric patients with epilepsy.

Disorders of cerebellar development represent a major neurological disability in children with mitochondrial diseases. Approximately two-thirds of these patients have cerebellar defects, and in many cases, it represents the sole neurological manifestation. This phenotype is particularly pronounced in one of the most common mitochondrial disorders, pyruvate dehydrogenase deficiency (PDHD), in which patients manifest early signs of cerebellar involvement, ranging from severe cerebellar hypoplasia with other structural defects at birth, to intermittent and progressive ataxia starting in childhood. Despite the fact that the first cases were reported more than four decades ago, it is still unknown how this generalized enzyme deficiency leads to clinical signs referable to the cerebellum. The poor mechanistic understanding of the cerebellar deficits in PDHD has prevented the expansion of therapeutic options, which are currently limited to symptomatic and life-long palliative efforts. The objective of this proposal is to identify molecular mechanisms that underlie the cerebellar developmental disease in this condition and to apply effective therapies accordingly. The support of the Pediatric Epilepsy Research Foundation Elterman Research Grant allows me to carry out this project, to facilitate my transition towards independence, and to, in the future, translate promising findings to patients.

Deciphering the Regulatory Landscape of Inhibitory Signaling in Neurodevelopmental Disorders

Neurodevelopmental disorders encompass many diverse conditions such as intellectual disability, autism spectrum disorder, and epilepsy. These conditions often co-occur, suggesting that despite different underlying etiologies, there may be shared disease mechanisms. One approach to identifying and elucidating these disease mechanisms is through detailed studies of single gene disorders in model organisms. Such studies have led to the recognition that disruptions to the balance of excitatory and inhibitory neuronal activity is found in association with many of these conditions. The Pediatric Epilepsy Research Foundation Elterman Scientific Grant will facilitate my transition from post-doctoral research trainee to independent investigator and support studies to explore the regulatory landscape of neuronal development and signaling in health and disease. These studies will combine molecular, electrophysiological, and behavioral techniques in fruit flies and mice to elucidate how genetic alterations that perturb brain circuitry lead to life-long alterations in cognition, behavior, emotion, and bodily function.

Role of Interneurons in KCNT1-associated Epilepsy

Epileptic encephalopathies (EEs) are severe, infantile-onset epilepsies characterized by drug-resistant, pleomorphic seizures and early developmental arrest. Malignant migrating partial epilepsy of infancy (MMPEI) is a type of EE with a uniquely strong genotype-phenotype association. Gain-of-function missense mutations in KCNT1, the gene encoding a sodium-activated potassium channel called Slack, are identified in ~40% of MMPEI patients. There are no approved treatments for MMPEI, but quinidine, an FDA-approved anti-arrhythmic drug and known KCNT1 channel modulator, exerts anticonvulsant effects in MMPEI, whereas conventional anticonvulsants routinely fail. These findings suggest that targeting hyperactive KCNT1 channels has direct therapeutic value, wherein its use is singularly indicated in patients with an identified KCNT1 mutation. Seizures in MMPEI are pathognomonic, as focal and independent hypersychronous neuronal discharges evidence dysfunctional neocortical microcircuits. The hippocampus has been multiply implicated in MMPEI as a region of abnormal pathology in post-mortem analyses, and represents an experimentally-tractable microcircuit within which the precise anatomical location and neuronal identity in which KCNT1 is expressed is unknown. This proposal puts forth that if the target ion channel complement and pathophysiologic neuronal activity in MMPEI can be more precisely ascertained, there is an opportunity for therapeutic targeting of KCNT1.

As a pediatric neurologist with previous training in neurophysiology, the CNF PERF grant represents for me an opportunity to both participate in refining the means by which precise anticonvulsant therapies for genetic epilepsy are identified, and to reengage in the basic neuroscience community focused on ion channel pathophysiology.

My research interests focus on neurogenesis, the birth of new neurons, which occurs throughout adulthood in the mammalian brain.  Specifically, I’m interested in how neurogenesis may influence the development of epilepsy after a new onset seizure.  As a postdoctoral fellow I was able to show that neural stem cells cultured from a mouse brain had a unique metabolic profile using NMR when compared to other brain cells including mature neurons, astrocytes and oligodendrocytes.  Furthermore, non-invasive detection of this unique metabolic profile was possible using MRI/MRS in animals and humans thus also allowing for quantitative measurement of mammalian neural stem cells in vivo.  Epileptogenesis is defined as the time period between a new onset seizure and a second seizure thus establishing the diagnosis of epilepsy.  It is believed that during this time period, epileptic networks are being formed.  After a seizure has occurred neural stem cells begin to divide.  One theory of epileptogenesis proposes aberrant connections among these newborn neurons leading to epilepsy. Whether the extent of neural stem cell division or proliferation correlates with risk for epilepsy is unknown. About 50% of patients who have had a single seizure will go on to develop epilepsy. Using MRI/MRS along with the unique neural stem cell metabolic profile to quantify neurogenesis may ultimately allow one to non-invasively determine who would be at risk for epilepsy after a seizure.

The CNF PERF Research Grant will provide for an increased understanding of epileptogenic mechanisms as they relate to neural stem cell proliferation and as a result the development of a prognostic biomarker for epilepsy.  My goal would be to use this biomarker as a tool to determine who would be at risk for epilepsy after an initial seizure and help develop therapeutics to target neural stem cell proliferation. 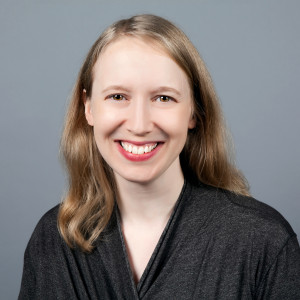 As I transition from trainee to independent investigator, the funding provided by Child Neurology Foundation PERF Scientific Grant will allow me to use state-of-the-art technologies like optogenetics to attack the most important questions in autism research head-on. Each year, we discover more and more genes associated with autism. But it’s still not clear how changes in a person’s genes cause them to have challenges in social communication. The focus of my work is to determine how different genetic changes associated with autism cause changes in the brain’s circuitry, and how those changes in brain circuitry cause the core symptoms of autism. By understanding how brain regions “talk” to each other in the normal and diseased brain, we will be able to develop novel therapies for difficult-to-treat neurodevelopmental disorders like autism.

This award from the Child Neurology Foundation will give a critical foundation to my research career. With this generous funding, I can complete the groundwork for a larger multicenter trial to reduce strokes in children. The Child Neurology Foundation Scientific Research Award will allow me to investigate the underlying mechanisms of stroke in children. I will use non-invasive MRI techniques to measure cerebral blood flow and oxygen metabolism in children with sickle cell disease, one of the highest risk populations for childhood stroke. Right now, we know that transfusions can help prevent strokes in some children. However, because we cannot tell which children would gain the most benefit, almost all children are started on lifelong monthly transfusions, which are a tremendous burden to the patients, their families, and society. I hope to use MRI to improve stroke risk assessment in children with sickle cell disease so that we can decrease the transfusion burden in some children and be aggressive in preventing stroke in others. Ultimately, I hope this research will contribute to the worldwide effort to stop stroke in children.