View all news and updates >

In 2019, we saw an increase in conversations about SUDEP (Sudden Unexpected Death in Epilepsy) on mainstream media channels. Unfortunately, much of this attention was in response to the tragic death of Cameron Boyce, star of Disney Channel shows “Descendants” and “Jessie”.
SUDEP, or Sudden Unexpected Death in Epilepsy, takes the lives of approximately 1.16 per 1,000 people with epilepsy. And while people with epilepsy (and caregivers of children with epilepsy) want to be aware of SUDEP, many of them never hear about it until someone they know has died.
In a continued effort to increase conversations about SUDEP, CNF recently signed on to a position statement on SUDEP counseling by the American Epilepsy Society. This position statement outlines important statistics about SUDEP, risk factors for SUDEP, and provides content to help guide the physician/patient conversation about SUDEP. Most patients, and families of patients, with epilepsy, have expressed that they would like to hear about SUDEP at (or shortly after) diagnosis, from their physician. But too often, this conversation doesn’t happen. This position statement hopes to help to change that.
In addition, in 2017 CNF collaborated with the Danny Did Foundation and the SUDEP Institute to create resources about SUDEP for caregivers, and to help physicians to have difficult conversations with families. These include information sheets that outline the risk of SUDEP, and forms to create seizure action plans for both home and school. 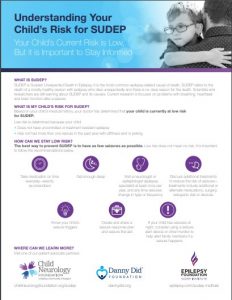 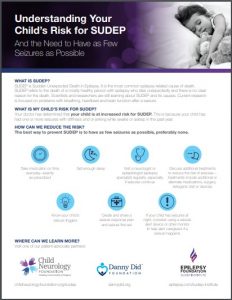 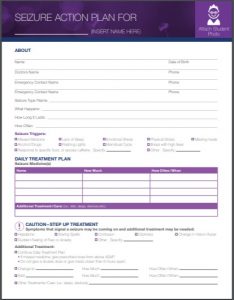 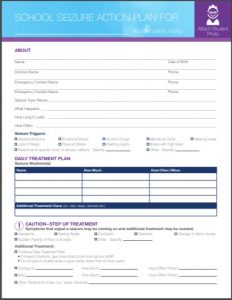 Together, we can raise awareness about SUDEP and help families to get the important information that they need.
In addition to the information about SUDEP on CNF’s website, you can also learn more at K(NO)W SUDEP NOW.

Get the latest patient education information, advocacy events, scholarships, grants, and opportunities of interest to the child neurology community.