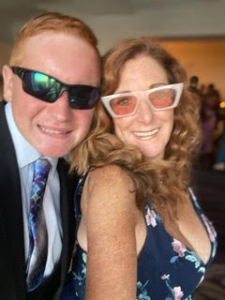 When Paul St. Pierre experienced his first focal impaired awareness seizure at age 12, neither he nor his mom, Colleen Quinn, could have envisioned a statewide healthcare law being named after him. But thanks to their efforts, New Jersey’s Seizure Safe Schools Act, or “Paul’s Law,” went into effect in January 2020.

The law, which improves seizure response and care for children with seizures while they are in school, is just one of many epilepsy-related projects Colleen has thrown herself into since Paul, now 16, was first diagnosed. Working as a crisis prevention and intervention trainer for students with disabilities at the same high school Paul attends in Voorhees, N.J., she is highly familiar with the challenges faced by people with disabilities. After Paul’s diagnosis, Colleen launched a non-profit organization to support children with epilepsy and their families statewide. She also joined forces with two other advocates to start a Facebook group dedicated to passing legislation in other states.

“There are more than 12,000 kids in New Jersey with epilepsy, and I just felt that somebody had to do something for those families,” she said.

Colleen’s tireless work has paid off. Paul’s Law authorizes parents or guardians to request an individualized health plan for their children with epilepsy or seizure disorders and requires training for school staff on how to recognize seizure behavior and care for these students when a seizure happens. New Jersey is one of 19 states across the country that have enacted similar legislation, and advocacy efforts are underway in others.

The path toward the law began when Paul and Colleen met with New Jersey State Sen. James Beach, advocating for better care of students experiencing seizures at school. At the time, only Kentucky, Indiana and Illinois had passed Seizure Safe Schools laws. Sen. Beach, a former teacher, agreed to support it.

“I joked that we should name it Paul’s Law, and he took it seriously,’” Paul said.

“It’s made a huge difference,” added Colleen. “I get messages all the time from moms all over New Jersey thanking us. More than 100,000 school employees—teachers, aides, administrators, bus drivers—have been trained how to identify and respond to a seizure, and every student must have a seizure action plan. In New Jersey, we’re blessed that every school has a nurse, so they and the school athletic trainers are trained on how to administer seizure rescue medications.”

Colleen recommends parents and guardians discard expired medications and ensure they have enough supply for both school and home at the beginning of the school year. For families in states that do not have Seizure Safe Schools laws, Colleen recommends: 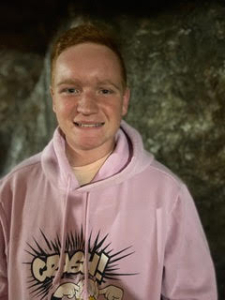 In Paul’s case, his seizures are fairly unique, and people may not recognize when they are happening. They begin with an eye twitch, then proceed to his head dropping and arm and leg shaking, all on one side of his body. He has no aura in advance.

“I can hear what people are saying, but I can’t communicate,” said Paul, who plays on his school’s golf team. “Sometimes afterward, I ask, ‘What happened?’”

Unfortunately, while Paul’s seizures were well controlled by one medication for 18 months, it stopped working, and since then, several other medications have been ineffective. Colleen searched scientific literature online and read about daily seizure- control and new nasal rescue medications. She asked her epileptologist to prescribe them for Paul, and he did.

Although Paul and Colleen are much more confident about his safety in school with Paul’s Law in effect, Colleen says her work is far from done. In 2020, she launched New Jersey’s Paul’s Purple Warriors, which sent 10 children to epilepsy camps, arranged family days at Philadelphia Phillies, Flyers and 76ers games, and took 30 children to the Jersey Shore for surfing lessons with 1-on-1 instructors and medical personnel standing by. Currently, she is focused on getting seizure first aid signs posted in every business statewide.

In addition, Colleen and two other advocates who had spearheaded passage of Seizure Safe School laws in Kentucky and Texas, launched the Facebook Group, National Epilepsy Advocates for Seizure Safe Schools, for anyone interested in helping pass legislation in other states. They helped pass laws in several other states and are now working on passage of similar laws in South Carolina and Georgia.

For all caregivers of children with epilepsy, Colleen has one final word of advice: “Never give up. Educate yourself for your child because there are always new medications and new medical advancements coming out.”