The Pediatric Epilepsy Research Foundation (PERF) Shields Research Grant supports translational or clinical research by a child neurologist or developmental pediatrician early in his/her academic career. The selected investigator will receive a $100,000 grant of $50,000 per year for two years.

The 2020 application period is now closed. In consideration of the major disruptions caused by COVID-19, both professional and personal, we have extended the deadlines in the current grant cycle. The PERF Shields Research Grant application submission deadline is May 1, 2020. Awardees will be announced in June. Click here for submission procedures.

To stay informed about the cycle of these grants and other opportunities, join the CNF Partners email list. 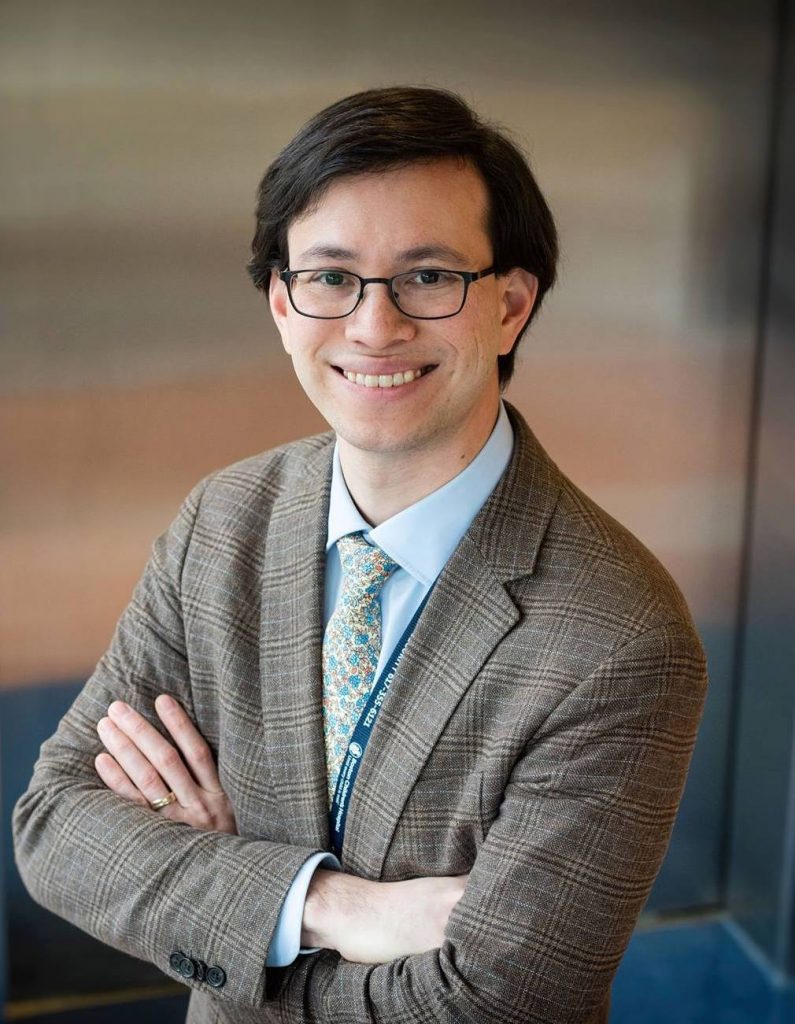 Autism spectrum disorder (ASD) affects 1 in 59 children and is often associated with a heterogeneous mix of disabling and treatment resistant symptoms, yet there remains a paucity of new therapeutic approaches. If we can identify the specific regions and networks in the brain that produce specific symptoms, novel individualized therapies such as transcranial magnetic stimulation or fMRI-based neurofeedback might be possible.

While atypical social communication and difficulty with joint attention are hallmark features of ASD, difficulty processing facial information conveying identity, emotional expression, and/or gaze direction, may underlie these diagnostic features of ASD in some individuals. However, there is considerable variability in face task performance which could in part be due to individual differences in underlying neural circuitry. Neuroimaging has identified numerous, yet variable, brain regions that demonstrate group-level differences in ASD participants during face processing tasks. To date, however, it remains unclear which of these observations are causal, compensatory, or simply serve as correlative markers of atypical face processing.

Utilizing data from another population with face recognition impairment, i.e., patients with acquired prosopagnosia, we have identified specific brain connections that appear uniquely affected by strokes that cause face recognition impairment. While most patients with ASD do not have a history of stroke or obvious neuroanatomical abnormalities, individuals with Tubersous Sclerosis Complex (TSC) do have cortical tubers that are thought to affect the function of surrounding cortex, are at significant risk of developing ASD, and have also been found to demonstrate atypical face processing.

Leveraging this unique combination in this project supported by the PERF Shields Research Grant, we aim to: 1) identify whether cortical tubers implicate a common neuroanatomical basis for abnormal face recognition in TSC patients, which we hypothesize will be consistent with acquired prosopagnosia, and 2) determine if functional connectivity data acquired from individuals with TSC, independent of tuber location, is abnormal in areas implicated by acquired prosopagnosia. If successful, this project provides a proof of concept for utilizing corical tuber ‘lesions’ to identify the putative neuroanatomy for other symptoms present in TSC and across neurodevelopmental disorders. The long-term goal of this work is to generate biomarkers that can be used for diagnosis or guide therapy for specific symptoms and targets fro trials of non-invasive neuromodulation.

Autism spectrum disorder is a prevalent neurodevelopmental disorder that profoundly impacts affected individuals and their families. Early biological markers of brain activity in autism offer the opportunity to better understand how autism develops, and potentially to improve outcomes for individuals with autism by allowing treatment to begin even before behavioral manifestations occur.

In the search for early, predictive biomarkers of autism, infant siblings of children with autism provide crucial clues.  The risk of autism in these infants is about 20 times higher than the risk of autism in infants with a typically developing older sibling.  Additionally, even among those high risk siblings who do not develop autism, the risk for other neurodevelopmental concerns is increased as well. By following these infants closely over the first 3 years of life with serial EEGs and developmental testing, we can begin to identify neurological markers early in life that predict later developmental outcomes.

Typical brain function depends upon tightly regulated timing of neural activity, across numerous neurons within a network.  Such timing can be measured using phase amplitude coupling (PAC) on electroencephalography (EEG), in which the phase of a lower-frequency oscillation (e.g., alpha) modulates the amplitude of high-frequency activity (e.g., gamma).  PAC allows the brain to create perceptual windows that integrate and segregate temporally relevant and irrelevant information, respectively.8  Excessive PAC leads to windows that are too small; in theory, this could lead to difficulties integrating complex social and sensory information, as seen in autism.  Indeed, excessive PAC has been previously found in older children with autism, as compared to children with typical development.9

In the project supported by the Shields award, we will therefore measure PAC in high-risk infants who will later develop autism, in relation to unaffected high-risk infants and low-risk infants.   We will also evaluate the extent to which PAC underlies a spectrum of neurodevelopmental abnormalities extending beyond autism.  The long-term goal of this work is to unveil early biomarkers that can, during the first few months of life, predict future diagnoses of autism and biologically-related disorders, allowing appropriate treatment to begin early.

Mitochondria are the energy-producing compartments found in almost every cell. Mitochondrial dysfunction causes a group of often devastating multisystem genetic disorders. Neurologic disease, including epilepsy, developmental delay, hearing loss, vision loss, neuropathy, and myopathy is a common feature of mitochondrial disease. While individual disorders are rare, mitochondrial diseases as a group are estimated to affect 1 in 5,000 live births. Because mutations in over 1200 different genes can cause mitochondrial disorders with many different symptoms, diagnosing these diseases is very difficult; there is no single diagnostic test of mitochondrial function. Currently used techniques require invasive biopsy procedures and highly technical procedures which are performed and interpreted only at select centers. The resultant complexity in diagnosis poses a significant impediment to patient care and research.

Patients report significant stress and increased medical costs resulting from what is often a protracted diagnostic odyssey. Uncertainty in diagnosis additionally limits our ability to develop and test therapies for a group of potentially devastating diseases for which no certified treatment currently exists. A cell-based assay of mitochondrial function that can be performed using tissue obtained by relatively non-invasive techniques at any standard clinical laboratory is therefore needed.

Dr. Walker hypothesizes that blood cells obtained from a routine peripheral venous blood draw can be subjected to metabolic stresses to identify patients with mitochondrial dysfunction. The support provided by the Child Neurology Foundation Shields Grant enables studies of response to metabolic stress in blood cells from patients and healthy controls. Based on observed differences, Dr. Walker aims to development an assay that can be of a simple, broadly implementable readout of this response that can be used to diagnose mitochondrial disease in any standard clinical laboratory.

Autism is a prevalent disorder that affects nearly 1 in 68 children in the United States.  Despite the high prevalence, the underlying causes continue to be poorly understood. Recent studies are emerging, however, that point to an important role for the cerebellum, a part of the brain that until recently had been believed to only have roles in regulating movement and controls of motor function. My lab and others have recently demonstrated that cerebellar dysfunction is sufficient to generate autistic behaviors in autism mouse models. However, how this brain region impacts autism behaviors remains unknown.  We hypothesize that the cerebellum regulates autism-related behaviors by coordinating brain circuits mediating these behaviors. The support provided by the Child Neurology Foundation Shields Grant will allow me to investigate the brain circuits regulated by the cerebellum that mediate autistic behaviors in mouse models and to then further investigate whether these circuits are similarly disrupted in children with autism spectrum disorders.  We will utilize a number of cutting edge techniques from small animal structural connectivity MRI to targeted modulation of brain circuits in our autism models to not only define these brain circuits but also investigate whether modulation of these circuits can benefit autism behaviors in these models. Concomitantly, we will also investigate the integrity of these circuits in individuals with autism, using publically available imaging from the Autism Brain Imaging and Data Exchange (ABIDE) database.  Results obtained from these studies will help me prepare further studies on the underlying etiologies of autism while also providing the foundation for developing clinical studies targeting brain circuits as a potential therapeutic strategy for individuals with autism.

Cerebral Adrenoleukodystrophy (CALD) is an inherited devastating disease where inflammatory cells infiltrate the brain and cause progressive degeneration that leads to vegetative state or death in months to years. Unfortunately, current therapies either fail to prevent cerebral disease or carry high toxicity and mortality. The support provided by the Child Neurology Foundation Shields Grant will allow me to study how the gene defect changes brain vessel permeability allowing access of inflammatory cells to the brain using imaging in patients and laboratory tools at the bench. More specifically, the study will probe the effect of the gene (ABCD1) deficiency upon blood brain barrier integrity at both the tissue and molecular level by (1) Applying new MRI  tequnique to determine if changes in permeability occur prior to lesion progression in patients with CALD (Aim 1) and; (2) Evaluating in-vitro the effects of lack of ABCD1 upon the barrier function of human brain endothelial cells (Aim 2). If validated by this study, this approach sets forth a successful strategy to: (1) identify which patients are at risk of developing cerebral disease; (2) monitor and improve current treatments and; (4) develop an assay to screen for novel therapeutic targets. Results obtained will also help me to prepare future clinical research studies as well as an application to an NINDS Exploratory Trials R01. My passion for patient care and commitment to rigorous science ensures that my research will embrace new ideas and technologies in a highly interdisciplinary environment.

This research project aims to develop a cell-based treatment strategy for Pelizaeus-Merzbacher disease (PMD), a severe pediatric disorder of myelin caused by mutations in the proteolipid protein gene (PLP1). By transplanting genetically corrected cells from affected patients in a murine model of PMD, I will test their ability to rescue the phenotype and produce normal myelin. I will use induced pluripotent stem cells from patients with duplications and missense mutations in the PLP1 gene, correct the mutations by using gene-editing techniques and subsequently differentiate those to oligodendroglial fate. After intracerebral transplantation in a murine model of PMD, I will evaluate their motor performance and posteriorly the histology of engrafted cells. If this study is successful, it will provide a proof of principle that autologous cell transplantation can be a feasible strategy for treatment of congenital disorders of myelin.

My career goal as a clinician-scientist is to bridge basic research and clinical work in order to establish new treatment strategies for pediatric white matter disorders for which no cure is presently available. The Shields Award represents an important step towards this goal, by supporting my research project that will focus on Pelizaeus-Merzbacher disease (PMD). Success of this pre-clinical study will advance clinical translation of cell-based therapies that can be applied not only to PMD but potentially to other leukodystrophies.