Home
/
News
/
Staying ahead of a progressing disease: How Jodie and Luke Bolt are Neuro Heroes
Posted on October 24, 2022October 25, 2022
by Lexie Digby
Posted in News

Jodie Bolt is a pediatric neurologist specializing in neurodevelopmental disabilities. She spends her days meeting with patients and families who are learning how to cope with new diagnoses, and she knows her material so well that when she hears a symptom, she can immediately list off several conditions that could cause it.

So when her son Luke – the youngest of five – was in middle school and casually commented that he had difficulty loosening his grip when he was holding a pencil, she stopped in her tracks.

“I had been noticing some things in the background,” Jodie said. “Mostly, his athletic performance seemed to be plateauing, with weakness and atrophy developing in the upper body, which was inconsistent with the overall family athletic abilities.” 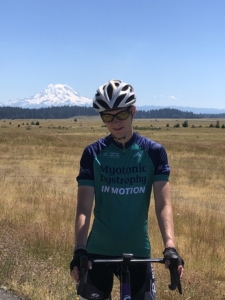 So when Luke made the comment about his grip, her mind – as it was trained to do – started to run through the possible conditions he could have. At the top of that list was myotonia.

As a pediatric neurologist, Jodie appreciates the resources that CNF provides for patients and families, such as the Disorder Directory.

She reached out to a colleague in genetics to immediately get some lab orders. From there, it was a quick diagnosis to confirm Myotonic Dystrophy Type 1 (DM1).

“At that point, I had this ‘take your breath away, gut wrenching’ feeling,” said Jodie. “To have this diagnosis and also to know all the multi-system ramifications and the genetic implication for other family members. There was definitely a period of shock that I had to work through as I instantly became a caregiver at home in addition to a caregiver at work.”

From Luke’s perspective, he remembers his mom’s surprise and how she immediately knew what might be going on. He laughs that he was only a middle schooler with a loose grasp on everything his mom did as a pediatric neurologist.

“At the time, I also didn’t think it was that big of a deal,” said Luke. “It wasn’t affecting me too much, and it’s all I had known, so I kept on living and thought, ‘well, we’ll deal with it as we go.'”

Luke’s ability to take the disease in stride, even as it progresses and requires more maintenance, isn’t lost on Jodie. 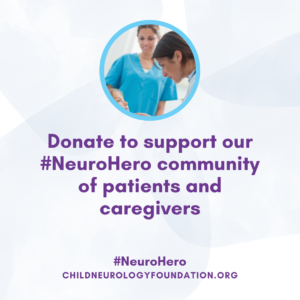 What started as the inability to loosen his grip in just his hands has now spread to weakness and myotonia in his face, arms, abdominal muscles, chest, neck, and legs. This leads to difficulty with everyday activities, such as swallowing, tying shoes, writing, or anything else that involves quick fine or gross motor movements.

To manage these symptoms, Luke spends time bouncing between different therapies and specialists.

And because of all the extra work his muscles are exerting, coupled with sleep apnea being a comorbidity with DM1, fatigue can also be an issue. Luke relies on a medication that promotes wakefulness to get through the day. He will often start the day with enough energy, but as the day goes on and he gets more tired, his speech will start to be affected to the point where family conversations over dinner can be frustrating. This is a result of other comorbidities, disarticulation and dysphagia. 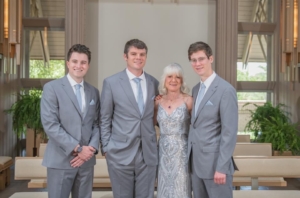 “But given everything he’s facing, he’s really doing remarkably well,” said Jodie. “Our philosophy is to try to keep weak muscles as strong as possible, so he knows how important it is to keep up with his therapy and stay active.

“Our philosophy is to try to keep weak muscles as strong as possible.”

Of all the implications that Luke’s diagnosis brings, the one that concerns Jodie the most is the possibility of cardiac conduction issues, or how his dystrophy could affect the ability of the muscles around the heart.

“I had a procedure to get a pacemaker put in right around my 20th birthday,” Luke said. He laughs that it was a unique birthday present. Still, for Jodie, this brings so much peace of mind to know he has a device that can assist with the prevention of cardiac dysrhythmias.

Luke is now a senior at George Fox University in Oregon, studying kinesiology and hoping to one day be a dietician. He’s currently trying out a new medication, hoping it can help stabilize his symptoms and slow down his progression. But it doesn’t stop him from being active. In 2019 and again in 2022, Luke and his family participated in a 206-mile Seattle to Portland bike ride to raise money for Myotonic Dystrophy research. 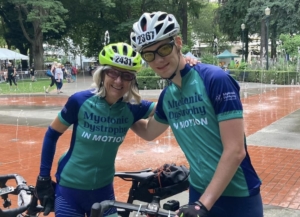 “Luke looks just like an average college kid,” said Jodie. “But he spends so much time on things like care coordination, appointments, and therapies, that having the typical college experience is very challenging. He’s learning how to be an advocate for himself, and truly it has been a learning experience for the whole family.”