Reuben is one of the children who received a $1,000 Rise Family Grant from CNF. Here is a message from his parents. 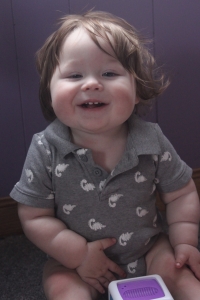 “Reuben has been an adventure from the get-go! He was likely having seizures before birth, but within the first few days of his birth shortly after Valentine’s Day in 2019, he was having clear, albeit very atypical, seizures. Due to how atypically he presented, he was diagnosed with reflux, and it wasn’t until his seizures morphed into much more typical seizures at two months old that he was finally treated. For the next four months we were in and out of the hospital trying to get his seizures under control and got to experience week-long hospital stays, PICU, multiple medications, and having to be on a ventilator for a few days.

We were originally also told that Reuben had a form of dwarfism (we were recently told that he doesn’t have dwarfism after all – go figure!), and after performing a skeletal survey to get more information about that, we discovered that his left elbow didn’t form properly, and he also had severe hip dysplasia. Reuben went into OR for emergency surgery on his elbow, but the surgeon opted out of surgery after getting a better look with a contrast dye MRI. Reuben can’t fully extend that elbow, but otherwise seems fine, and after several appointments with an arm specialist, we graduated to once-a-year check-ins. Reuben additionally struggles with feeding issues and has a g-tube that was placed July of 2019.

Because of all of Reuben’s different unique conditions, we opted for whole exome genetic sequencing to see if we could pinpoint a genetic condition. Shortly before he turned six months old, Reuben was officially diagnosed with Dravet syndrome, based on his presentation and a spontaneous SCN1A genetic mutation. Dravet syndrome is “a rare, catastrophic, lifelong form of epilepsy that begins in the first year of life with frequent and/or prolonged seizures… Common issues associated with Dravet syndrome include prolonged/frequent seizures, behavioral and developmental delays, movement and balance issues, orthopedic conditions, delayed language and speech issues, growth and nutrition issues, sleeping difficulties, chronic infections, sensory integration disorders, and difficulty regulating the autonomic nervous system.” (Dravet Foundation website) – Reuben also has low muscle tone in addition to his other needs. He didn’t smile or make eye contact in the first few months of his life, due to suffering from uncontrolled seizures, and it wasn’t until his seizures were somewhat under control that he finally began to smile and interact with us for the first time in his life, and we saw his bright, beautiful personality start to come out. Reuben receives speech therapy, occupational therapy, and physical therapy and has since four months old to help with all of his delays.

COVID has brought its own special set of challenges for us. Reuben was making very good progress with feed therapy, but that was put on hold in March due to COVID restrictions, and his hip surgery to correct his dysplasia was delayed after having been on the books for months. We are just now finishing up the casting and brace process for his hips after a long summer in casts and two separate surgeries! Reuben also has four older siblings, with a little sibling due in January of 2021, and the restrictions have added challenges to getting to all of his different specialists, as his siblings aren’t allowed to come with us now. 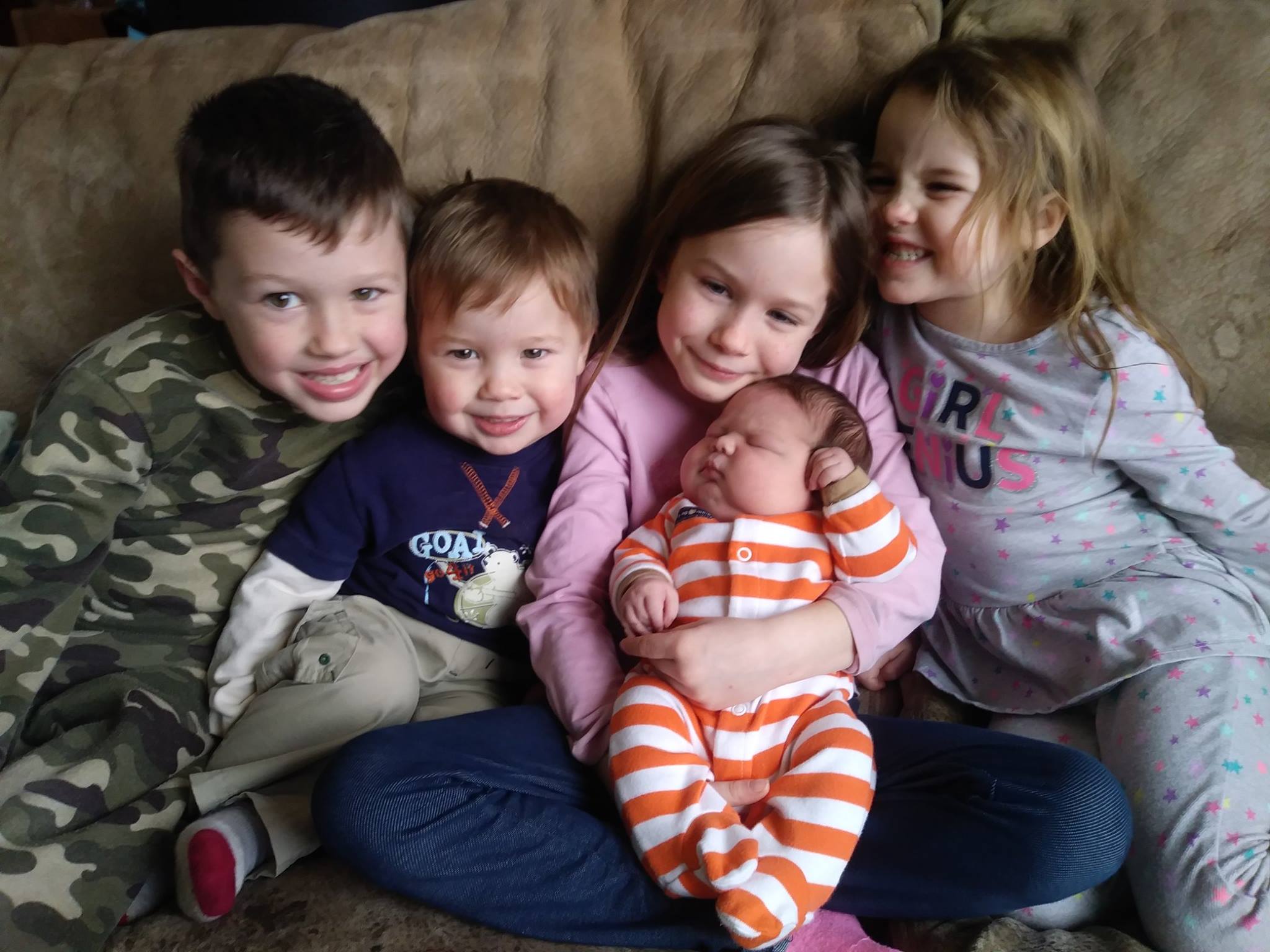 We applied for the grant last-minute, and were so shocked to find we had been chosen! We are in the process of getting a high quality, all-terrain stroller wagon for Reuben. With his low muscle tone and hip issues, Reuben is not walking yet as of October 2020, at 20 months old, and is starting to get heavy for mama! He may have long-term gait issues as well due to his genetic condition, so getting something that will last him longer than a baby stroller was important to us. We’re so looking forward to the stroller wagon to help enable Reuben to enjoy some of the same things his siblings enjoy that are COVID friendly, like exploring walking trails at State parks! It will also be a big help with getting Reuben and his luggage to specialist appointments, especially with the restrictions only allowing one adult with him – it can get tiring hauling all of his things around to appointments without help!  We’ve also used some of the grant money to help with covering Reuben’s medical ketogenic diet (we buy a lot of avocados!) and to help with a few hospital bills we’ve been working on paying off. If we have anything left over, we’ll be putting it toward a high end blender – we switched Reuben to a blenderized keto diet in July, and have been using a bullet blender since then, which works, but requires multiple blending steps to get his feeds ready for the day. A good blender will simplify that whole process for us, and make one little part of our day a little easier. We so appreciate the relief of this grant during a time when so many families are struggling!” – Rachael